There’s nothing quite like exploring a vast open world and uncovering all of its secrets. Thankfully, there is no shortage of open-world video games with huge, uninterrupted environments for you to get lost in. Here are 25 of the best current open-world games you can play today!

This marvel of sci-fi gaming from Hello Games was originally released in 2016 but has since been improved and added to. It is probably the most fully-featured game on this list, and it is available on every platform including the Nintendo Switch very soon!

Grand Theft Auto V is legendary at this point. The nearly decade-old game has a vibrant, lived-in open world with an incredible story campaign that makes use of every major location. There is also GTA Online which is still supported after all this time.

Several years after Rockstar Games unleashed GTAV onto the world, they followed up that success with Red Dead Redemption 2. This amazing “cowboy simulator” has so many interlocking systems and mechanics that much of the game feels like it could be real-life. There is, of course, plenty of silliness and a map that is probably one of the most alive in video game history.

Despite only releasing this year, Elden Ring quickly made a name for itself as one of the largest, most impressive worlds ever to be created for a video game. Setting aside the infamous difficulty, there are hundreds of hours of fun and exploration to be had in Elden Ring just by riding your spectral horse through its many lands.

Hideo Kojima’s return to video games after leaving Konami was Death Stranding, a supremely weird game about family, loss, and package delivery. Death Stranding’s world conveys the dualistic nature of life through its horrors and simultaneous beauty as the digital Norman Reedus makes his way across the beautifully rendered post-apocalypse America.

When Horizon Zero Dawn was released in 2017, it was overshadowed by The Legend of Zelda: Breath of the Wild. Despite being a wonderfully competent game with an interesting world and story, it just couldn’t stand up to Zelda. Its sequel, Horizon Forbidden West, suffered a similar fate having launched the same week as Elden Ring. While it quickly took a back seat, Forbidden West is an amazing game that deserves to have its world fully explored.

Marvel’s Spider-Man from 2018 swiftly revived the concept of the Spider-Man video game after many, many years of less-than-stellar to bad entries. It balances a heartfelt, human story with great combat and exhilarating web-swinging through an authentic recreation of New York City with all of its size and wonder intact.

For eight long years, PlayStation fans patiently awaited the next game from Sucker Punch Productions, the studio behind Infamous and Sly Cooper. That wait thankfully paid off, because what they got was Ghost of Tsushima, an open-world samurai epic created in the same style as iconic Akira Kurosawa films. Ghost of Tsushima does everything it can to keep its players invested in its beautiful world, going so far as to ditch minimaps in favor of helpful gusts of wind that push players in the right direction.

The first Gravity Rush game was a launch title for the PS Vita, and it made great use of that handheld’s features. However, being locked to an unsuccessful console made the game largely fall out of people’s memory. Thankfully, the game got another chance at life through a PS4 exclusive sequel that uses the same gravity-based traversal and open-world theme.

The Just Cause series is well-known for allowing players to wreak havoc across beautiful island paradises, and Just Cause 4 is no different. The island nation of Solis is bigger, brighter, and more varied than any island before it, and there are definitely plenty of vehicles to hijack, paramilitary to shoot, and things to explode. Oh, and you can’t forget the wingsuit!

You’d think after so many years and so many entries and spinoffs, exploring the city of Kamurocho would get boring. However, with each new Yakuza game, freely exploring the familiar streets and iconic back alleys feels more like coming home. And Yakuza 6 is no different with its classic brawling combat and open-world exploration.

The Assassin’s Creed games have taken place all over the world, and the most recent game makes England, parts of Norway, and even mythical places like Jotunheim explorable through huge open worlds. Assassin’s Creed Valhalla has the realistic and the fantastical in equal measure thanks to the over-the-top expansions that have been released since the game’s launch.

This third entry to Ubisoft’s Watch Dogs series takes the high-tech action game into a near-future version of London where the streets are patrolled by an oppressive paramilitary force. Explore a fully-featured version of the popular city and recruit literally any NPC you see to your cause

Cyberpunk 2077 had more than a few issues upon its launch, but the days and months since then have been kind, and the game is now an incredible romp through a massive sci-fi city. Create your character and complete a series of quest lines that will show you the dark underbelly of a metropolis.

Far Cry 6 had the unforgettable actor Giancarlo Esposito on all of its marketing materials, and he is a big part of the game’s allure, but not bigger than the massive, diverse playground that is Yara. Like all Far Cry games, you’ll explore this new setting to its fullest extent by using a variety of vehicles.

This free-to-play gem has a ton of characters, hundreds of hours worth of gameplay to enjoy, and a massive world to wrap it all up nicely. If you like Breath of the Wild, anime, and exploration, then you can’t possibly go wrong with Genshin Impact, especially at that price.

The Capital Wasteland awaits in Bethesda’s next entry in the renowned Fallout franchise. Utilizing the combination of first and third-person shooter gameplay that they established in Fallout 3, they have created an even more expansive game that now includes features such as base construction to keep players invested and engaged.

Warhorse Studios’ Kingdom Come: Deliverance largely flew under the radar when it was released in 2018, but it didn’t deserve that treatment. This medieval open-world RPG is detailed, engaging, and truly gritty. This isn’t the fluffy medieval content you’re probably used to.

The critically acclaimed Witcher III: Wild Hunt is probably in your game library already, but have you finished it? Odds are you haven’t because the game is hundreds of hours long with dozens upon dozens of quest lines. But dive back in and give it a shot, there are few game worlds bigger than this.

Terraria is known by many as the “2D Minecraft”, which it basically is, but it is also much more than that. Whereas Minecraft puts most of its emphasis on creation and collaboration, Terraria has those things but also has a bunch of boss characters to fight and dungeons to explore that unlock more world events for you to deal with.

If you’re as sick of zombies as most people, then maybe the “freakers” of Days Gone will appeal to you more. Explore a post-apocalypse version of the country on the back of a motorcycle as hordes of zombi- I mean freakers chase you down in World War Z-style numbers.

Minecraft isn’t the first open-world game, but it basically invented the randomly generated worlds system that has been used by so many games since. It’s also a worldwide phenomenon, so you’ve probably played it already, but there is always more to see and do in Minecraft.

When open-world games start to get stale with their landscapes, why don’t you take a dip to explore a vast open sea in Subnautica? The latest expansion, Below Zero, adds in frigid temperatures and even more unimaginable monsters to observe and deal with.

When you watch the gameplay of Dying Light 2, you notice something. It’s a zombie game, but they aren’t really the focus of the experience. They serve more as the impetus for using the game’s insane parkour traversal system to avoid getting street-level. Run, jump, and slide through a zombie-infested open world and hopefully find a way to save the day.

The iconic collaboration between auteur Japanese game director Yoko Taro and acclaimed action game development studio Platinum Games, NeiR Automata, uses its open-world gameplay to tell a story that is neither human nor replicant, but both. Through the hardships of 9S and 2B, players will see what it means to be human, even if you don’t have any humanity to call your own. 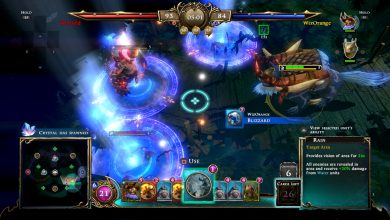 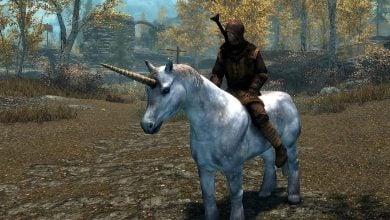 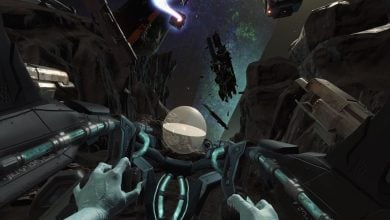 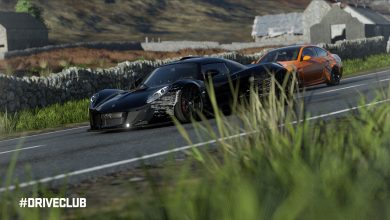