There was a time when the idea of using headsets with video game consoles wasn’t even considered.  In those early days of video games, sound wasn’t actually even that important a factor (most titles featuring very abrasive and somewhat limited 8-bit soundtracks).  Naturally, over time all of this has changed.   These days, the average gamer expects fully-detailed, multi-layered, complex HD audio, replete with stunning effects, atmospheric noises and a marvelous soundtrack.  Traditionally, most people will opt to play their games on a large system that features an integrated surround sound system; however, it’s not always possible (or desirable) to go this route. If you’re looking out for a headset and have a strict budget, head over and read The best PS4 Headsets for those on a Budget.

A lot of gamers actually prefer to play exclusively with headphones because of the intense immersion as well as tactical benefits they offer.  Moreover, when you consider that a headset is much more affordable and allows for fully pumped-up gaming at all hours of the night (without disturbing others), it becomes an even more obvious choice.  Assuming that you’re ready to purchase a good, high-quality premium headset for your PS4, here are the models to be on the lookout for…

Perhaps the most obvious place to look for a quality headset is to turn to Sony itself, which has released the PlayStation gold wireless system (that’s compatible with basically all of their other stuff as well).  In other words, this is a one-stop shop that will allow you to effectively attain excellent sound quality and durability for any and all of Sony’s other consoles (excluding the PS2 or earlier, of course).  Rather than being just another fancy gimmick, this headset is actually able to produce High fidelity 7.1 virtual surround sound which simulates the same sort of experience you would get with one of those extensive setups. 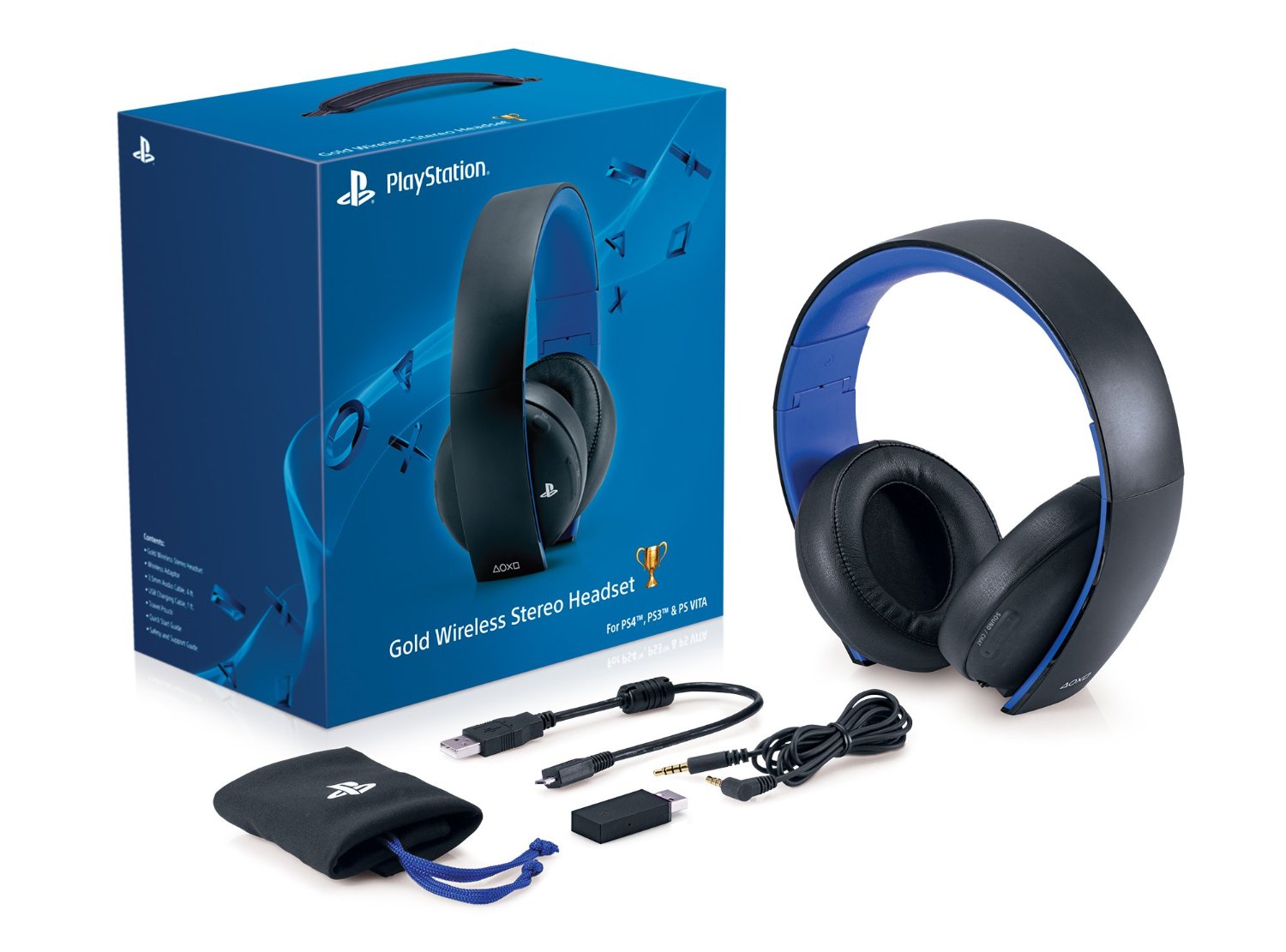 Needless to say, it’s extremely important to note that these headphones were expressively created to enhance the user’s audio experience when gaming.  This means that there’s a sense of extra depth and precision in terms of how various sounds are recreated and how they occupy the space therein.  At the same time, you can also use these puppies with various mobile devices, so there’s a bit of extra versatility there to make your investment go a bit further.  Additionally, there’s even a companion app which includes specific tweaks for certain games, once again helping you to get the most out of your software as well as hardware.

Suffice it to say, if you really want a fully-featured headset, Turtle Beach’s Ear Force PX4 model is definitely worth taking a look at.  As expected, it includes Dolby 5.1 surround sound as well as wireless capabilities, but the fun doesn’t end there.  You can also hook this baby up to the DualShock 4 controller if you need a wired connection, and you can even take phone calls while in-game (via Bluetooth)!  For the very busy professional who loves video gaming, this model is an obvious choice.   Of course the PX4 is loaded down with lots of other features as well, including: interference-free dual-band wireless capabilities, dynamic chat boost box, a built-in rechargeable battery, and of course, gorgeous sound reproduction.  For the obsessive and meticulous gamer there’s even an ability to create and store multiple presets, which can be extremely useful to say the least. 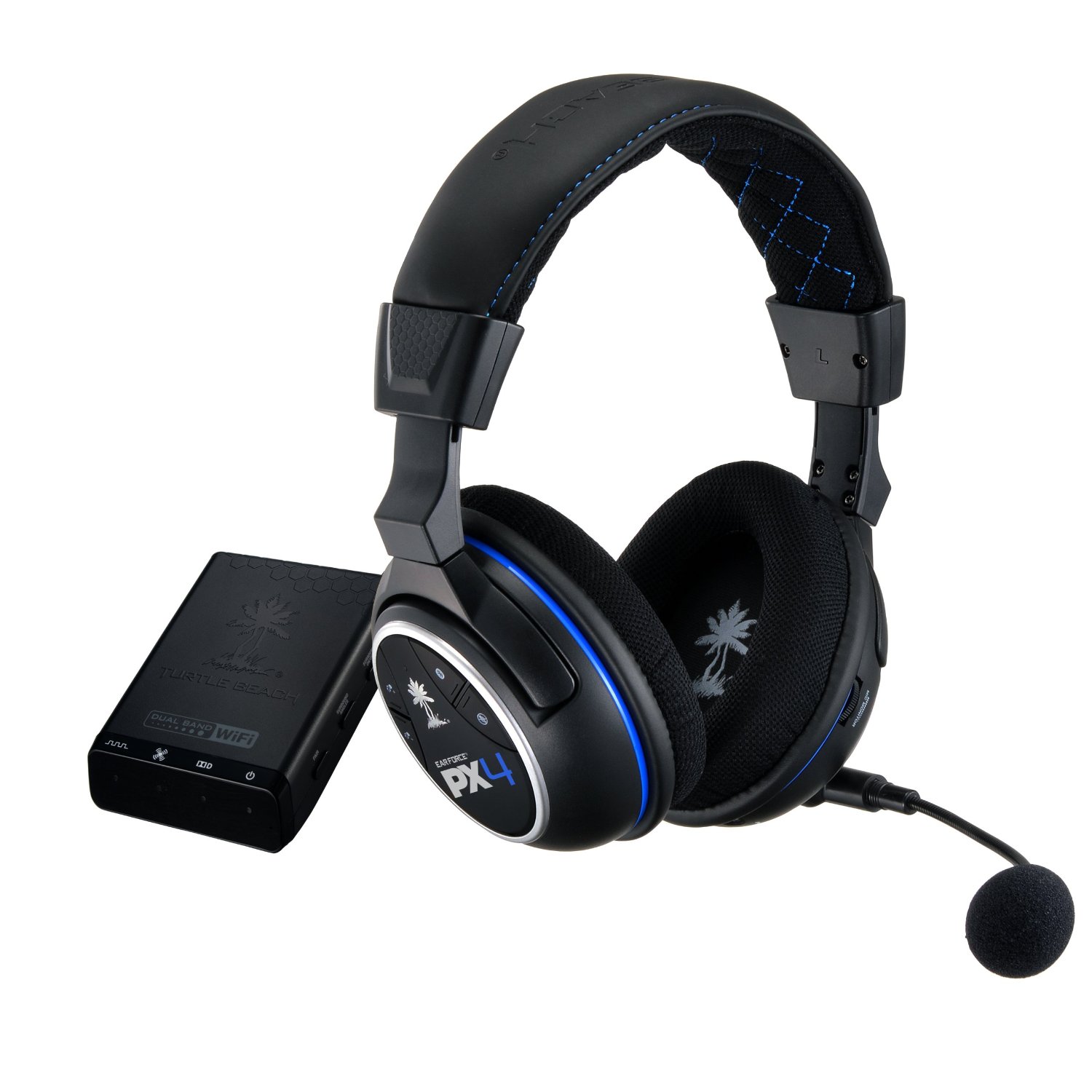 This is the type of headset that allows you to accurately pinpoint exactly where some noise is coming from as well as soak in stunning audio that’s crisp and clear across all frequencies.  As previously mentioned, the virtual surround sound technology included more or less accurately mimics the same kind of experience you’d get if there were an array of speakers set up around you (without the hassle, costs or angry neighbors, of course).  Simply put, the unit is worth purchasing on its sound reproduction merits alone, but it’s also worth mentioning that it’s a very comfortable system as well.  Thick pads and breathable meshes provide both the comfort and relief required to allow you to engage in extremely lengthy play sessions with virtually no fatigue to speak of whatsoever.

While the XP510 might not be compatible with the PS4 straight out of the box, you can rectify that with a quick download from the manufacturer.  Once you get it up and running, this unit functions extremely well with the PS4 and offers a wealth of options.  First off, most will take notice of the unit’s nifty little wireless audio modem / router (which even features a little headset stand on top, for storage).  Together with the headset itself, this little package can deliver dual-band wi-fi wireless and the ability to merge music and gaming tasks seamlessly.  Clearly, this was a headset system designed for a very specific type of gamer. 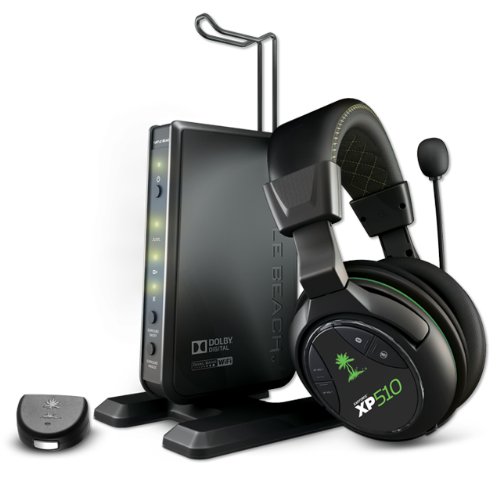 Speaking of actual features and uses, many will likely get quite a bit of mileage out of the XP510’s dual-stage audio-processing capabilities.  This might seem like a harmless gimmick to some, but to the creative and resourceful, this implies a distinct tactical advantage or overall enhancement in terms of immersion.  It should be fairly clear why being able to fine-tune certain frequencies is a good thing, after all, not every game is built upon the same specs, nor are all of the gameplay objectives the same either.  Together with the amazing sound quality delivered by the XP510, these tweaking features make for near limitless flexibility in terms of use.

Moreover, there’s even a nice dynamic chat boost feature which means the chat volume follows the curve of the game audio’s drama.  In other words, if there’s a lot of onscreen action, just lots of loud noises making communication difficult, the unit automatically increases the volume so you can remain in constant contact.  Add to that the same sort of comfort you’d expect to find with any other pricey, feature-laden headset and you have a truly complete package that’s very hard to top.

Great to see an update. I enjoyed reading your analysis of the best headsets on a budget. Great info and insight.

Are there good headset for less than $50?

If you had to pick ONE for the best budget, what would that be? Me??? Eh. Toss up!

I like one with the mouthpiece. It just feels right. Better quality.

I wish they weren’t so pricey, but I guess if you play a lot, it’s a worthy investment.

I’ve never invested in headsets like any of these. They look super spiffy though. Nice review.