Gaming can be a great communal experience, but sometimes, there’s no substitute for firing up a single-player game and playing through a great story. There are plenty of excellent multiplayer games on PS4, but the console has no shortage of single-player experiences to play through either, so whether you’re into sci-fi, horror, or fantasy, you’ll find something to love. Here are the 20 best PS4 single-player games that you can play on your console right now!

From Software’s open-world masterpiece paradoxically plays better on PS4 than it does on next-gen consoles, probably thanks to optimisation. Either way, Elden Ring is a superb game. It successfully transposes Soulslike combat and gameplay into a masterfully-crafted open world where observation and orienteering are far more important than staring at a minimap for your next objective. The difficulty may be brutal, but you’ll have a lot of fun with this one if you accept the challenge.

We’re not done with From Software yet, and we won’t be for a few entries on this list, so if you’re not a fan of the studio’s particular brand of brutal action RPG combat, then you might want to skip ahead a few numbers. Bloodborne is a horror-infused nightmare; none of From Software’s games are exactly pastel-coloured dreamscapes, but Bloodborne is particularly grisly. Its beastly facade hides a deeper, more horrific truth, so don’t give up on this one early.

The Dark Souls sequels are hit-and-miss, but the original game’s remastered incarnation is well worth checking out. It updates the clunky, poorly-optimised original version, smoothing out the frame rate and fixing a few minor issues with gameplay and map design. For the most part, though, this is still the same hugely influential cult classic that you played back in 2011, albeit with a new coat of paint that makes it infinitely more playable on the PS4. If you haven’t played this one, it’s a must.

Last but not least in our From Software extravaganza, we have Sekiro: Shadows Die Twice, a superlative samurai game that mixes satisfying sword fighting with vertiginous exploration. The addition of a jump button makes all the difference to Sekiro; it opens up new avenues, allowing protagonist Wolf to leap down to distant caves and soar up to the rooftops to plan his assault. Stealth is also a new addition, and although its execution is a little workmanlike, it’s still valuable.

A quick disclaimer: do not play The Last of Us Part II if you’re not in the market for a punishing, emotionally draining experience. This is not a game to be enjoyed casually; it is a game to be pored over, lived in, and then mourned when it’s over. The drama and tragedy are ratcheted up significantly over the first Last of Us game; this one follows Ellie as she sets out for revenge on a group of survivors in the post-apocalyptic USA for…something they did. We don’t want to spoil, but it’s pretty serious.

After the violent, bloody excesses of the God of War series reached their logical conclusion with 2009’s God of War 3, the franchise was in dire need of a rethink. Enter 2018’s God of War, which stars a quieter and more penitent Kratos as he seeks to spread his wife’s ashes at the peak of the Norse Nine Realms. Of course, the Norse pantheon has other ideas, and Kratos is quickly dragged back into his old life, but now, he must set an example for his young son as well.

Open-world game design has grown a little stale and repetitive in recent years, and Ghost of Tsushima is something of an exemplar for this point, both for better and for worse. Its open world is breathtakingly beautiful and mundane at the same time; although there’s no minimap, most of Tsushima’s activities boil down to “press button on thing”. Still, the presentation is stunning, the story is surprisingly well-executed, and there’s lots of fun to be had in both the stealth and the visceral combat.

Much like God of War, the Resident Evil series was in dire need of saving after 2012’s execrably terrible Resident Evil 6 (although in this case, it was for lack of quality, not lack of innovation). Resident Evil 7: Biohazard took things back to basics; it all takes place in a single location, it’s a first-person game (although, mercifully, you do have a way to defend yourself, unlike games like Outlast), and it’s largely unrelated to the wider Resident Evil canon. What follows is a superb exercise in sustained terror.

If Resident Evil 7: Biohazard is the stripped-back, focused reboot, then Resident Evil Village is the ode to excess that follows. It’s nowhere near as tight or contained as its predecessor; it moves the action to an entire village as opposed to a single farmstead, and there are four charismatic cult leaders to take down, each with their own themed area to navigate. Some areas of Village are stronger than others (that ending still rankles with us), but it’s well worth experiencing at least once.

We’re packaging the entire Kingdom Hearts series under this single banner, because we’d never get anywhere if we listed every game individually. Sora’s saga is as monumentally confusing as it is emotionally involving; if you can keep track of all the characters, concepts, and events in this series, you have our undying respect. Still, even if you disregard the story, it’s fun to run around various themed Disney worlds, dispatching Heartless and interacting with beloved family-favourite characters.

Hollow Knight really is the gift that keeps on giving. It’s a massive, sprawling Metroidvania with a huge amount of areas to explore and enemies to dispatch. The story takes influence from Dark Souls; you’re a lone wanderer who arrives in the fallen kingdom of Hallownest, and you must dispatch its infected inhabitants whilst discovering the truth behind its downfall. Hollow Knight is a challenging game, but it’s an immensely rewarding one, too.

Consider this a recommendation for both Marvel’s Spider-Man and standalone expansion Miles Morales. Both games send you on a journey across a beautifully-rendered New York, incorporating Spidey’s signature swinging traversal alongside Batman: Arkham-influenced combat and plenty of hidden collectibles to find. The boss fights leave a little to be desired, but you’ll likely be satisfied just swinging your way around Spider-Man’s densely-woven world.

CD Projekt Red’s Cyberpunk 2077 may be a testament to making sure games are finished before you release them, but The Witcher 3: Wild Hunt is still a superlative RPG. It follows Geralt of Rivia, a “witcher” (essentially a monster hunter for hire) who’s dragged into political conspiracies and sinister faerie plots as he explores “the Continent”. The writing here is superb; side quests are just as fleshed-out as the main storyline, so you’ll never want to leave The Witcher 3’s world.

Sure, Final Fantasy VII Remake gets exponentially weaker towards its final few hours, but it’s still well worth experiencing. Cloud and company’s original PS1 journey through Midgar is showing its age now, so there’s no better way to experience that part of the saga than to play this jazzed-up remake, which fleshes out the world and adds depth and nuance to many of the characters. The story gets characteristically bananas as it approaches its conclusion, but who knows – you may well dig it.

The sequel may suffer from diminishing returns, but Horizon Zero Dawn remains an excellent open-world game, albeit a familiar one. You are Aloy, a warrior setting out on a journey to discover what happened to the world and why it’s now infested with robot dinosaurs and other mechanical creatures. Guerrilla Games has done a great job building and populating the world of Horizon Zero Dawn, and though the exploration is somewhat rote, there’s still lots to find.

Persona 5 Royal is an example of a game where the updated re-release is unquestionably superior to the original title. Royal adds several hours of new content, including a brand new party member and a new Social Link. For the most part, though, it’s still the same hugely compelling JRPG as the original, with more than a hundred hours of light life sim gameplay and effortlessly stylish demon-slaying on offer if you’re into its aesthetic.

In 2016, Id Software rewrote the rulebook for Doom, ushering in a new age of “boomer shooters” that emphasised fast-paced gameplay over sluggish pseudo-tactical modern military boredom. Doom begins with the player character, the Doom Slayer, ripping a computer off the wall when it plays an audio log he doesn’t care to listen to, and that pretty much sets the tone for what follows: an ultra-violent odyssey through abandoned facilities and demonic landscapes.

MachineGames proved themselves more than worthy successors to the Wolfenstein franchise with 2014’s The New Order. Protagonist B.J. Blazkowicz is worn down and tired at the game’s outset, but he must still answer the call and rise up to battle the Nazi war machine, which has beaten the rest of Europe in this alternate-history setting. The shooting here is tight and focused, the stealth is tense, and the level design is sprawling, but the narrative is the real star of the show.

Hideo Kojima is a man you either love or hate, and chances are you already know which side of the fence you sit on. Death Stranding isn’t going to do anything to convert those who aren’t part of the Kojima faithful, but for those who love his work, it contains all the usual hallmarks of his auteur touch; pseudo-philosophical rambling, a huge amount of attention to detail, and genuinely startling creativity. It’s a sort of walking simulator-done-right, but it defies description, so play it if you love Metal Gear.

It was difficult to envision a console release for Undertale when the game first arrived on PC back in 2015, but Toby Fox and company managed to pull it off. Undertale’s emotional punch and sense of humour arrive on the PS4 fully intact, so if you can’t play this one on PC for whatever reason, it’s still a great game on PlayStation. We don’t want to say too much about Undertale, for doing so would give away its many surprises, so we’ll just say that if you like games with lots of heart, you should play this one. 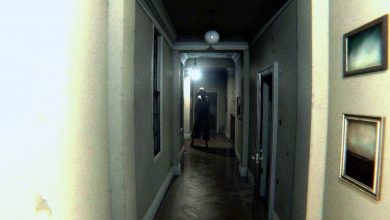 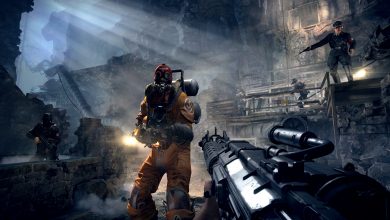 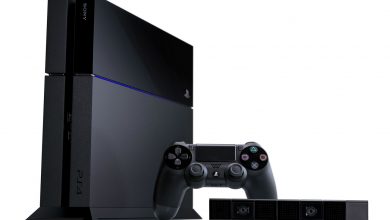