It’s a favourite pastime of ours to compare how we’d do in a zombie apocalypse. Many long hours have passed in heated debate, but suffice it to say none of us are sure we’d really fare that well. Thing is, though, zombie apocalypses are passé these days. When we imagine how the world as we know it will end now, we’re not picturing zombies, but rogue AI, its processes far too advanced to bend the knee to humans.

Well, it seems Quantic Dream and its head honcho David Cage are on a similar kick, as their latest game envisions just such a world. Detroit: Become Human takes place in a society where androids are commonplace, and being used for everything from manual labour to police work. The game was originally built as a tech demo called Kara by Quantic Dream back in 2012, to show off the graphics tech of their engine and of the PS4 as a console.

Before long, the scope of the game widened and the titular Kara became just one of three protagonists navigating an uncertain world on the cusp of an android revolution. Kara has escaped her owner, taking with her a young girl who she must protect. Joining her as Detroit: Become Human’s main characters are Connor, a police android who must hunt down rogues (think Deckard in Blade Runner), and Markus, a nascent revolutionary who has devoted himself to freeing androids from servitude.

This choice of three perspectives serves the story well, as it allows Cage and Quantic Dream to broaden their scope. It’s a similar storytelling method to Heavy Rain ([amazon_textlink asin=’B01C90JRZW’ text=’Heavy Rain’ template=’PriceLink’ store=’ps4playstation-20′ marketplace=’US’ link_id=’6d132ecc-7186-11e8-bb33-4306bbe6e647′]), but instead of that game’s central whodunnit mystery, Detroit: Become Human simply asks us to consider the differing perspectives of each character. There is a point at which the three stories converge, but for the most part it’s fair to take each story as an individual experience. Think of Detroit: Become Human as a collection of short stories rather than a novel and you’ll probably have a more satisfying experience with it.

Of course, this isn’t a collection of short stories or a novel. It’s a video game, and so it must hold up on more than narrative alone. Quantic Dream usually allows its gameplay to take a backseat so the story can take the wheel, and Detroit: Become Human continues this tradition. The game maintains the snazzy on-screen contextual button prompts of Heavy Rain and Beyond: Two Souls, but rather cleverly incorporates them into the narrative as actual physical things the androids are seeing as a heads-up display.

There are one or two moments where Detroit: Become Human really shines in the gameplay department. Connor’s story in particular will please anyone who’s a fan of police procedurals. His story begins with a tense hostage situation, during which he must collect evidence and attempt to understand the perpetrator (spoiler: it’s an android) before trying to talk him down from his position. Connor logs and files each piece of evidence through his heads-up display, and we as the player also see this happen as our HUD. It’s the first time David Cage and his studio have managed to highlight moments of gameplay which are unique; Detroit: Become Human comes the closest Quantic Dream has ever managed to actually needing to be a video game.

Unfortunately, beyond these one or two moments (there’s a particularly clever use of the HUD later on), Detroit: Become Human just doesn’t really take off as a video game. The storytelling takes centre stage, but there isn’t really any way beyond the aforementioned one or two moments in which the game uses its medium to tell a story only it could tell. The system Detroit: Become Human uses to clue players in to decisions they could have made takes the form of a confusing and difficult-to-understand flowchart, which seems unnecessary when Telltale have managed this same feat with a simple graph system.

For every moment Detroit: Become Human wastes its potential as a video game, though, it does manage to tug the heartstrings with some genuinely affecting and clever storytelling beats. The aforementioned hostage situation manages to elicit real human emotion for an android character, while Kara’s story initially seems cut-and-dry but develops moral complexity as it goes on. Detroit: Become Human’s biggest weakness in the storytelling department can occasionally be its characterisation, though. Markus’ story is by far the weakest; we’re told he’s a charismatic leader, but he doesn’t seem to exhibit any particularly strong characteristics besides being driven and committed to his cause.

Detroit: Become Human is definitely a game of smaller moments, but they’ll tickle your emotions. The overarching story probably won’t affect you like, say, Heavy Rain, but you’ll come away from the experience of remembering individual conversations and character moments, and that’s worthwhile in itself. What’s more, this is a masterpiece in showing just what our incoming future could be like – and that’s real insight, allowing us all to reflect. Detroit Become Human is another exclusive that excels – be sure to add it to your collection.

Detroit Become Human did not disappoint, it's everything we wanted. It's a story-driven game that changes direction depending on your decisions - you play as the god. Whilst this game would be stunning as an open-world game, Detroit Become Human isn't this - you are free to explore on each zone, but it is restricted. This exclusive is a must-own and gives us a possible glimpse into the near future. 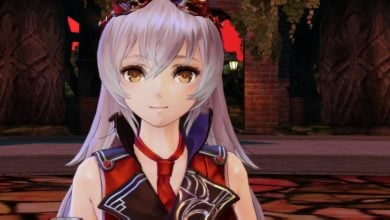