There’s no question about it; Sony’s PlayStation 4 is an absolute masterpiece of design. We loved the PS3, of course, but – even on release – it was never exactly beautiful to look at. The PS4 has been out for well over four years, and still looks as sleek and classy as it ever did.

Of course, the genius of the PS4 doesn’t just lie in its physical appearance, but also in its intuitive and eminently user-friendly layout. Having said that, there is one particular part of this outstanding console which can cause a few minor issues for people, particularly those less experienced with games consoles, and PlayStations specifically: the power button. 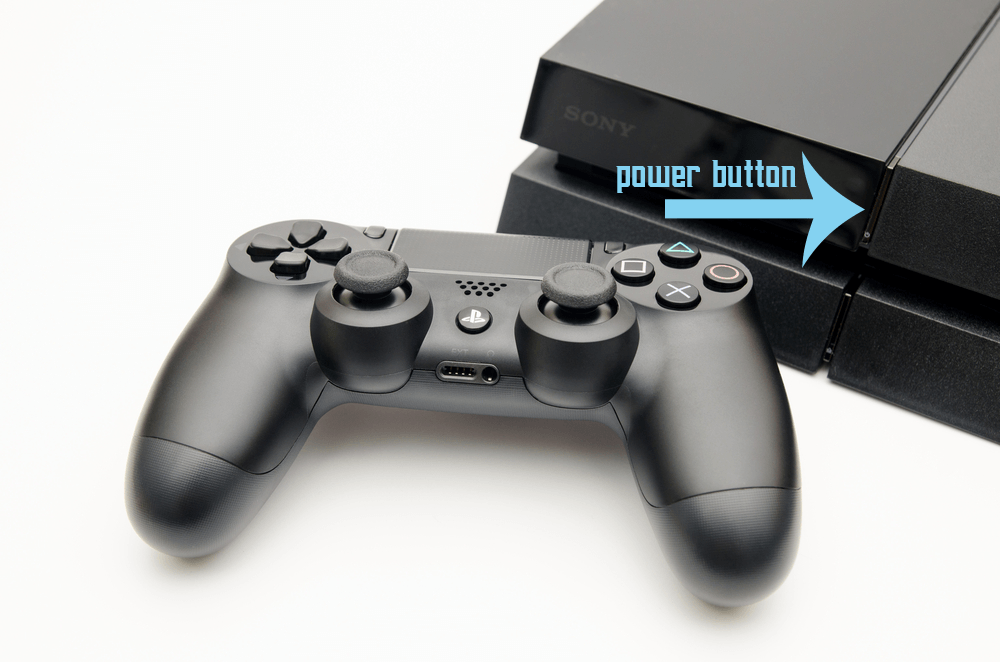 With that in mind, we’ve put together this handy guide to the PS4’s power button. Read on to get a good grasp of the fundamentals, discover a couple of tricks you might not have previously come across, and learn how this little button can actually be the explanation for power problems with your PS4.

Okay, let’s begin with the absolute bare essentials of the PS4’s power button!

On the standard PlayStation 4, the power button is located on the sloped side of the console, which will typically face forwards, regardless of whether you leave your PS4 standing or lying down. There are actually two buttons there – about two-thirds of the way up the edge – which appear similar from afar. Look closer, however, and you’ll see that each has a different symbol. One has a couple of horizontal lines with a triangle on top; this is the button you press to eject disks. The other has a circle with a line through half of it. This is your power button.

If you own one of the newer, smaller PS4 Pro models, then the symbols on the buttons will be the same, but the layout will be slightly different. The buttons will be at different ends of the side, instead of next to each other. Functionally, however, they work just the same as a regular old PS4!

To turn on the PS4, you only need to press the power button for a moment. You should hear a short beep, indicating that the console is booting up. Do not hold the button down for a normal startup (we’ll explain why later).

To turn off the PS4 completely, once you’ve finished using it, hold the power button down for around 7 seconds until you hear two beeping sounds.

There is much more to the PlayStation 4’s power button than the simple ability to turn the console on and off again.

One of its most important functions is as a way to put the console into Safe Mode. Hopefully, you’ll never have to do that, but – if you do encounter significant problems with your console – Safe Mode is usually the best place to start troubleshooting. To put your PS4 into Safe Mode, simply hold down the power button (when the console was previously off) for 7 seconds or so. After the customary first beep, you should hear a second beep. In a few moments, the Safe Mode screen should appear on your TV.

Another great thing you can do with the PS4’s power button is to put the console into Rest Mode. To do so, instead of holding down the power button as you normally would to turn off your console, simply press it once and then quickly let go. The console will appear to power down (except for a soft, orange light it emits), but will actually go into Rest Mode. Rest Mode significantly lowers the amount of power your PS4 is using, but also allows it to carry out tasks like charging your controllers, or downloading content. To decide what exactly you want your console to do in this state, go to “Settings”, “Power Save Settings”, then “Set Functions Available in Rest Mode”.

Okay, so the worst has come to the worst: your beloved PS4 appears to have suddenly, heartbreakingly, stopped working. It just won’t turn on.

There are a lot of different possible explanations for this, of course, but there’s one common cause that we’ve seen time and time again. If you’re a frequent user of your PS4’s power button, then this button can actually become permanently “pressed down” without you even realizing it. Alternatively, an obstruction can occur which stops the power button from actually making contact when you press it, rendering it useless. If this does happen, the likelihood is that your console simply won’t turn on, whatever you try, and it’ll be particularly difficult to get it into Safe Mode.

We realize that sounds pretty scary, but don’t panic! With a couple of basic tools, it’s actually a pretty easy solution to fix. Simply take a screwdriver and unscrew the cover from the top of your console. Remove it, and you should be able to get a good look at the power button. From there, you can identify and remove any obstructions, or (gently!) prise the power button free if it’s become stuck. 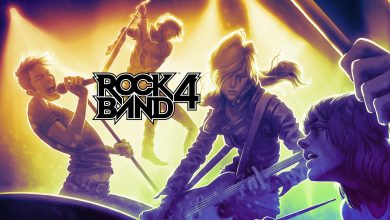 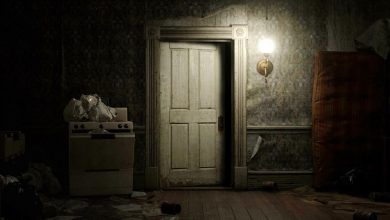