Regardless of whether he leaves you shaken, stirred or completely disinterested, it is hard to argue that the suave superspy James Bond has become a pop culture icon. From his raft of love interests to his famous martini preferences and Aston Martins, so many aspects of the character are well-known to audiences – even those who claim to have not seen any of his adventures across the past 50 years. Seven actors have of course played the famous role on the big screen, and the public appetite for more adventures means there is always speculation about who will be next to take on the role and what form the adventure might take. While little remains known about the next outing, the 25th movie is expected to land in cinemas in November 2019, with Daniel Craig set to slip on his tuxedo for potentially the final time.

While Bond remains a major box office draw – the last film, 2015’s Spectre, is thought to have taken more than $880 million globally – the character unfortunately has a long and rather chequered past when it comes to video games. First introduced to video games in 1983 with the Atari and Commodore title James Bond 007, the superspy’s other much-loved early efforts included text-based adventures including one based on the classic story Goldfinger. However, when it comes to Bond and gaming there is only one game that stands up above the rest. Rare’s Goldeneye, which was released in 1997 for Nintendo 64, is both a great Bond game and a stone-cold classic of the first-person shooter genre.

Interestingly though, it is worth noting that Goldeneye highlights the key issue with many Bond games, namely that the focus is often solely on action gameplay, despite there being much more to the character as portrayed in the novels and the silver screen. For instance, James Bond’s ability to use serious spy skills to extract information from those he encounters, whether through harsh interrogation or other means, could certainly be explored in a game – or at least a side quest/mini-game. Taking this point further, the tongue-in-cheek atmosphere of some of the Bond films as well as his success with the ladies could be explored in a James Bond dating sim. Dating sims are a sub-genre of RPGs – or interactive fiction, according to others – very popular in Japan and increasingly in the West. They’re romance-driven, but quite often they take on a more humorous approach, as Hatoful Boyfriend, a pigeon (!) dating sim released in 2016, shows. Another gameplay element for a new type of Bond game could easily come from the character’s preference for casino games. In Casino Royale, the poker scene between Le Chiffre and James Bond has been widely received as a very intense, action-packed one although it’s visually static. The game of Texas Hold’em, which they play, is the most popular variant at the moment, often known as the Cadillac of poker. Largely due to the “poker boom” and innovations of the early ’00s, the game has risen in popularity both online and offline and is widely played – therefore, there is already a market for it. A James Bond poker game, or mini-game in an action title, can thus focus on this side of the character to enrich the video gaming action. There’s certainly more potential here. After all, the original novel of Casino Royale featured Bond playing baccarat. Thinking outside the box can take Bond games further. For instance, he’s also known to be adept in a number of languages, so what about mini-challenges where players have to test out their own skills by selecting the right words to complete phrases?  In addition, while we will touch upon vehicles later, surely more can be done to include a few more thrilling car chases and even something akin to the speedboat action seen in Live and Let Die or The World Is Not Enough? There is clearly much more that could be done to showcase more than just Bond’s skills with weaponry.

How Bond has fared on PlayStation

Putting the future to one side for now, how has the character generally fared in his outings on a range of PlayStation models down the years? Well, there have been a number of releases, which have been met with mixed success. For example, the long shadow cast by Goldeneye has been seen on numerous occasions, with several titles using that very name to evoke – or cash in on – nostalgia related to the famous N64 title. Perhaps the lowest point was Goldeneye: Rogue Agent. which was released by Electronic Arts in 2004 for a range of consoles including the PlayStation 2, with the title having no relation to the classic it shares its name with – and in fact, not even featuring Bond as the lead character. Instead, you play as a disgraced former MI6 agent working with villains such as Goldfinger. However, if you wanted a game that not only features Bond as the lead but also has a bit of star power too, then there have still been strong options in that regard. Another EA effort, Everything or Nothing from 2004 is the only game from the Pierce Brosnan era to feature the actor’s voice. Furthermore, it also has a bizarrely starry supporting cast too, with Judi Dench, John Cleese and Jaws himself Richard Kiel appearing alongside a new villain played by Willem Dafoe and other characters played by the likes of Heidi Klum and Shannon Elizabeth. James Bond 007: Blood Stone is another starry outing, this time from the Daniel Craig era with the actor also lending vocal work to the title. Interestingly the game is notable for having its own theme song, performed – rather fittingly, considering the title – by singer and star of the game Joss Stone.

It is not just modern Bonds who have been immortalized in video gaming form though, with an adaptation of the classic adventure From Russia With Love released for PlayStation 2 towards the end of 2005 featuring the likeness of the original Bond, Sean Connery. The legendary Scottish actor even lent his voice to the character in a title which was relatively well-received upon its release and has rather a healthy score of 69% on Metacritic. While we have already mentioned how Bond games tend to focus on pure action, one foray into different territory was 007 Racing. Released back in 2000, the game was a smart detour which allowed fans to get behind the wheel of a range of the iconic cars featured in the films down the years. Hardly a classic, it was at least an effort to do something different and does highlight that there is more to explore with the Bond legacy than just guns and explosions. 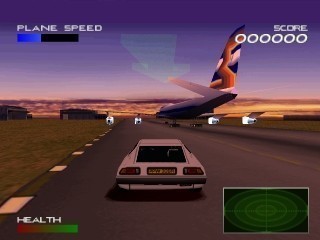 Time for a new beginning?

So while there have been some reasonable Bond games for the PlayStation, sadly the spy’s time in gaming ended on a bad note back in 2012. Activision’s 007 Legends was released on PlayStation 3 and, despite the seemingly solid-gold concept of a “greatest hits” selection of missions based on a range of films, it failed to hit the spot. Reviews were less than positive, with IGN describing it as “a poor man’s Call of Duty”. Unfortunately, six years on, it remains the last time we have seen Bond in video gaming. Surely though, this cannot be the end of famous spy’s adventures in the world of gaming, can it? If any character can make a miraculous escape and grab victory from the jaws of defeat it is of course Bond. The character’s time in gaming has been a real mixed bag but surely now the only way is up – and a new film could well turn out to be a fresh start for the icon in gaming too. It is certainly hard to argue that there would not be an audience for it. Whether you think a character like Bond belongs in the past, or you believe he remains more relevant than ever, there remains a hardcore fanbase across the globe who would surely lap up the opportunity to put themselves in 007’s shoes on their console or PC once again.

He is an icon, and all it would take is the right developer to bring a fresh take on the character to the PlayStation and beyond. It is surely an irresistible mission, but will anyone actually rise to the challenge? 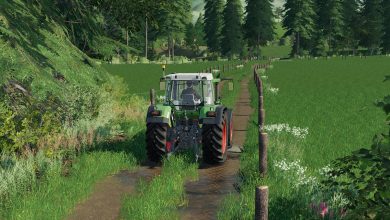 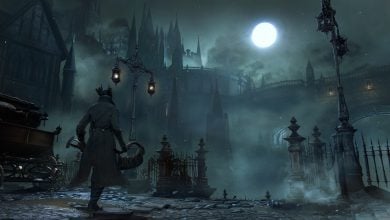 I remember so clearly playing these games on playstation one and even PC I think?! It was awesome. I’d like to see a Bond themed slot game in the future, 007 anything is awesome.