It’s happening. After twenty years the PC gamers will be given a chance to play Tekken on their own machines. Tekken 7 is finally ready to spread from arcades to home platforms. What can we expect from the seventh core entry into one of the best fighting franchises out there? Let’s take a look.

The generations-spanning problems of the Mishima clan have been one of the core plot points of the series, but the seventh core entry is said to close that specific chapter and bring a resolution to the family feud.

It’s probably too much to expect the remaining living Mishimas to sit down and talk their problems out, but some interesting tidbits may be revealed. One of them may be the reason why Akuma (of Street Fighter fame) is now in Tekken and apparently is indebted to Heihachi’s wife. So many questions, but maybe there will finally be answers. And dead bodies, possibly.

The story has been said to be much darker than in most entries, which seems fitting, given the premise. Happy endings are not the Mishima way. Any tale of a dead wife who tasks a twisted warrior from another world with killing her husband and son is probably going to be dark and somewhat heartbreaking.

The mechanics have been expanded rather than changed, so the core limb-control system remains intact, which Tekken veterans will surely appreciate. What essential has been added, then? A handful of things, really, two of them related to the Rage system, while the latter is a slight tweak to combos.

Tekken 7 brings forth Rage Arts and Rage Drives. The former is a special attack, similar to Street Fighter supers, for instance. It’s spectacular, cinematic and generally over the top. The former, Rage Drive is a combo power-up: a number of powerful attacks that if landed properly will help you even the odds.
Of course since they are tied to the Rage system, there is a significant problem/balancing solution tied to them: you have to be close to death to use of them at all. Deep into critical health levels, actually. And using them eats up your Rage, so you won’t get to enjoy the more long-term benefits it gives you.

Keep going until you die

Another new mechanic of Tekken 7 is the Power Crush. It effectively lets your ignore certain opponent attacks that would normally interrupt your combo. The kicker? Even if they don’t disrupt your flow, they still hurt. You are powering through enemy assault instead of turning invincible. It’s not very unlikely that Power Crush will be the maker of many draws.

Tekken has always been known to include some odd characters here and there. This is, after all, a game which gives you a martial arts-trained bear fighting with a mighty combat salmon. Tekken 7 isn’t going to be any different in this respect, and an odd, seemingly out-of place collection of individuals is going to be present and accounted for.
There will be over 30 characters, although the number might include some palette swaps, so take it with a grain of salt. TK7 also introduces eight new fighters to the mix, and transplants Akuma from Street Fighter for story reasons. The guy even gets to keep his moves and everything!

Tekken 7 is made using the Unreal Engine 4, and it utilizes it very well. In fact, being built on UE4 is a big reason why it can finally come to the PC, since it reduces technical problems with porting the game. What does Unreal Engine brings to a user that wants the visual bells and whistles? Greater detail put into designing the characters, for instance. Biceps bulge, sweat covers the tired bodies, animation is more fluid and nuanced.

It’s a visual treat, and it’s a bit of a shame that Tekken 7 spent so much time on Arcades, since to some the graphics may appear slightly dated. While we probably won’t be able to count the hair on Heihachi’s neck, the levels of visual feedback is going to be unprecedented in the series, so they have the most important thing down.

Tekken 7 seems determined to be the fighting hit of 2017, very possibly giving Injustice 2 a run for its money. Excellent visuals, gameplay polished and balanced over two years of the hardcore playtesting in the arcades, a closing chapter of the two-decades-old feud. It’s shaping up to be epic in many ways. And, let’s stress it again: it’s finally coming to PC, which for all the good parts is still sorely lacking in the fighting game category.

There is a preorder version too, because of course there is. It grants early access to another fighter: a narcoleptic vampire Eliza, who is mechanically closer to Akuma (and his EX bar from Street Fighter) than to other Tekken characters.

Tekken 7: Fated Retribution launches on PC, Xbox One and PlayStation 4 on June 2 this year. Are you going to come between mighty fighters and win the King of Iron Fist tournament for yourself? 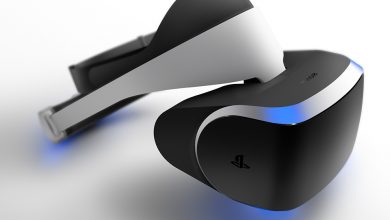