There was a time when the humble first-person shooter was so uncommon that gamers called them “Doom clones”. It’s hard to imagine such a world today; the first-person shooter isn’t quite the default mode for a game, but it’s still one of the most popular genres you’ll encounter in the gaming world. If you’ve got a PS4 – or if you’re lucky enough to have a PS5 and can take advantage of backwards compatibility – then you’re in for a treat, because Sony’s ecosystem is the best place to play the greatest FPS games around. Here, in no particular order, are the best PS4 FPS games to check out in 2021.

Ubisoft is often accused of adhering too closely to its formula for open-world games. That’s often true; although the company does experiment (see Assassin’s Creed’s shift into the RPG genre), many of its games use the same tropes and gameplay mechanics. Not so with Far Cry 5, which moved the series’ anarchic open-world fun into rural America. Gone are the incessant radio towers and rigid story progression. In their place are a series of open-ended challenges that make Far Cry 5 easily the best in its series. Without wishing to spoil, it’s also a pretty brave experience on the narrative front.

2016’s Doom was a shot in the arm for first-person shooters. Eschewing the commonly-used tropes of the time – regenerating health, set piece-style combat encounters, an overreliance on macho military stereotypes – Doom reminded us all that video games can, in fact, be fun. Doom Eternal builds on and expands the template created by id Software, adding new climbing and traversal mechanics and expanding the Doom Slayer’s arsenal. The combat borders on overstuffed at times, but it’s tremendously cathartic and fast-paced.

Nobody expected the followup to 2014’s lackluster multiplayer shooter Titanfall to be as good as it was. Even fewer people expected it to have a robust, well-told narrative campaign full of excellent level design and innovative combat. Titanfall 2 is a shock, and the fact that Respawn moved on to multiplayer shooter Apex Legends pretty much immediately afterwards suggests that we won’t be getting a Titanfall 3 anytime soon. It’s a shame, because Titanfall 2’s colourful cast, solid shooting, and well-structured campaign were a real breath of fresh air in 2016.

Superhot isn’t really an FPS per se. Instead, it’s a puzzle game in which you must carefully assess your environment and make moment-to-moment decisions in order to survive. In that sense, it’s actually very similar to the “combat chess” style of FPS, but the unique gimmick to Superhot is that time only moves when you do (sort of, anyway; it does move a little while you’re still). Being stationary allows you to judge your enemies’ positions and next actions so you can react accordingly. Superhot is short, but it packs all the ideas it could possibly explore into its brief run time.

BioShock may lack the gameplay depth of its predecessor System Shock 2, but don’t let that fool you; this is still a smartly-written, engaging, and terrifying game. Set beneath the water in the failed utopia of Rapture, BioShock explores themes of transhumanism, objectivism, and class warfare, all while delivering a fun first-person shooter with plenty of magical powers to get to grips with. BioShock 2 is a derivative sequel and BioShock Infinite collapses under the weight of its own pretensions, but they’re both still perfectly diverting experiences if you loved the first game.

Who’d have thought that id Software could take a fairly tired and played-out franchise about shooting Nazis and inject it with – of all things – some genuine human emotion? Wolfenstein: The New Order is a terrifically fun first-person shooter, but it’s also an incredibly engaging story about a group of tired individuals attempting to play with the awful hand they’ve been dealt. Protagonist BJ Blazkowicz transcends his meathead origins to become a genuinely sympathetic character, and his supporting cast are all tragically flawed human beings.

The original Destiny codified the “MMOFPS” genre, which is exactly what it sounds like: a blend of first-person shooter mechanics with the overall structure of an MMORPG. That means lots of questing, loot-gathering, and blasting away at bad guys in breathtaking ruined planetary locales. Destiny 2’s secret is its core shooting; it just feels great to battle the Darkness no matter what weapon you’re using. Over time, the game has received several content updates, meaning there’s never been a better time to check it out than right now. It’s free, too!

Firmly ensconcing itself within the “immersive sim” genre, Prey is a spiritual successor to games like System Shock 2, Deus Ex, and Thief. You are Morgan Yu, and you must explore the space station of Talos I in order to unravel the mystery of the Typhon alien race. You can approach each of Prey’s challenges however you like; stealth around enemies, blast them head-on with your weaponry, or invest in alien psychic powers to telekinesis them to death. Talos I is a joy to explore, and there’s plenty of replayability in finding all the secrets and personal quests you missed the first time around.

Those who are easily spooked need not apply to this, Capcom’s maximalist, flawed horror gem. While Resident Evil 7: Biohazard was a tight, focused experience, Village’s sprawling, interconnected setting makes for a more interesting horror ride in many ways. The ending is tremendously flawed, and not all of the individual segments and set pieces are engaging, but Village gets enough right that it’s worth your time. It’s even got some optional challenges and secrets to find, which is rare within the horror genre. Give it a look if you love Bloodborne and Resident Evil 7 and wish they had a horrific, malformed child. 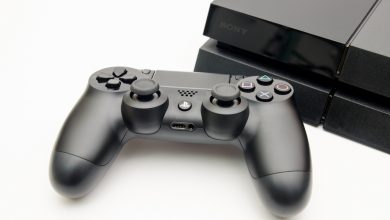