Being stuck at home can become dreary for just about anybody, after a while. This is why we’ve decided to give you our ‘remedy’ for the couch-potato boredom mode you might be facing. What might that be? A fantastic complication of 10 of the best PS4 games you can play to boost your mood during these interesting times.

Yes we know, they might not be everyone’s favourite games, but as some smart people say, don’t knock it before you try it! 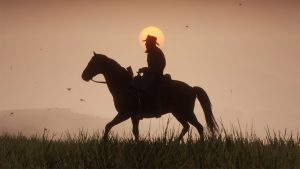 For lovers of Westerns, watch out! This game will have you hooked. Seriously though, it’s spoken of as Rockstar’s greatest achievement to date and we’d honestly be crazy to disagree. A gripping Western tale set in an impressive open world, Red Dead defies everyday game concepts and delivers an appx. 60-hour story experience like no other. Pop on your couch/bed/chair (whatever) grab a blanket, a snack and prepare to be immersed in the past. Yeehaw! 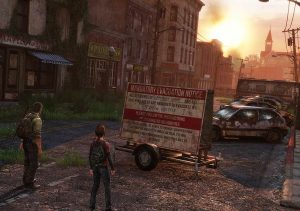 With Sony announcing its latest project ‘the Last of Us’ TV show, it’s the perfect excuse to go back to, or play for the first time, this incredible game. It’s truly hard to believe that the initial release date was all the way back in 2014, time certainly flies! Remastered from the PS3 to the PS4, the Last of Us gained fans for a lifetime with its deeply captivating apocalyptic story. Who wouldn’t fall in love with Ellie and Joel’s relationship? If you love killing zombies, being stealthy and kicking some major ass, this game is definitely right for you. 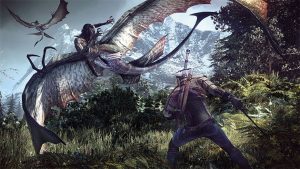 If we could explain this game in 3 words, we’d probably say; sorcery, gore, and sex and that would probably be a pretty accurate summary. Jokes aside, the Witcher has captured the world’s attention following the recent Netflix series I may or may not have binge-watched in one night. Incredible scenery, multi-dimensional fighting, brutal quests and a romance here or there will have you set for hours on end. What better way to de-stress than chopping the head off a wolf, dragon or creature straight from your darkest nightmares? 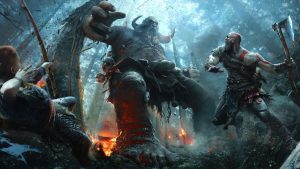 ‘What does this all mean to you?’ ‘It’s everything.’

No, it’s not a secret how much I personally love the 2018 God of War game and I’ll defend it til the day I die. I am not a dramatic person, but besides Assasin’s Creed, God of War touched my very soul with its immense beauty and depth. Receiving an incredible amount of awards, this is considered to be one of the greatest games of the decade. Stunning views, satisfying fights, a father-son relationship to cry over, and gameplay seemingly unmatched, every little detail seems to have been created by the gods themselves. If you haven’t played God of War yet, self-isolation just gave you a reason to get it (if there isn’t anything else). 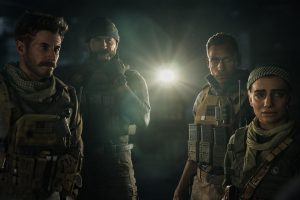 Call of Duty is nearly one of the most rage-inducing multiplayer games I’ve ever played, but arguably one of the most fun, even with the masterful campaign. Filled with many nostalgic maps and modes, the 2019 Call of Duty title has an estimate of 20 million players across PS4, PC, and Xbox. The most recent update: Warzone, an epic addition that offers 2 core modes, Battle Royale and Plunder. Warzone just adds an incredible element for people tired of the standard multiplayer modes and is unlike any other BR out there. 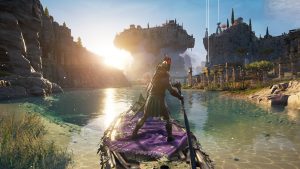 Imagine Greek Mythology, history, breathtaking scenery, immersive storytelling, and incredible battles. Have that in your head? You’ve just imagined Assasin’s Creed Odyssey. This is by far one of my favorite games and as someone who loves history and exploration, it ticked all the right boxes. This title takes you deep into Ancient Greece where you’ll encounter many mythological beasts like the Minotaur and Medusa, solving puzzles, killing and traveling around. With extensive skill builds and gear, the game is very customisable and not one person’s experience will be the same as the other. It’s a massive game and definitely one to go for while you’ve got the chance. 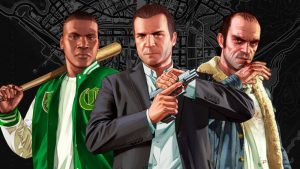 GTA is very nostalgic for me as it was the very first game I ever owned on a PlayStation. This game is really anything you want it to be, though offers you 3 unique perspectives from characters you either hate or love; Trevor, Franklin, and Michael. Trevor is likely the funniest and most aggravating of the three, but he makes the game complete. If you’re not interested in the campaign, you can always opt for the multiplayer mode to enjoy a little bit of fun. It’s a crazy game, but one that will definitely put you in a good mood (doesn’t every hit and run?). 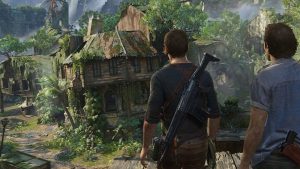 The final title in Naughty Dog’s Uncharted legacy, a Thief’s End takes us on the last epic adventure with the beloved Nathan Drake. From daring heists, ruins, volcanic plains, and the islands of Madagascar, you’ll explore and fight for survival in an incredibly beautiful semi-open world. It is fun and engaging, especially if you’re a treasure-hunting extraordinaire. It has its let-downs, but overall it’s a great way to spend your time at home. 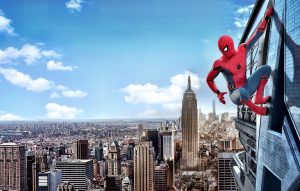 As a fan of Marvel comics and of course the movies, I was pretty hyped to hear that a Spider-Man game was in the cards. Swinging around the glistening, vice-filled city of New York is oddly satisfying and with the heart-pounding fights in flight, you really feel immersed in the world of Spider-Man. Who doesn’t want to be a neighbourhood superhero? It’s got some great storylines and exciting gameplay, though in some areas it can become a bit dreary. Our vote, it’s the perfect game to play when you just want to chill with some quality gameplay. 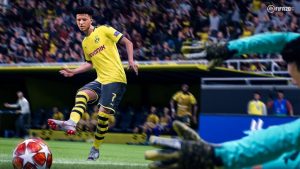 I’m including this here for all the sports lovers out there. If you’re not in the mood for a story-based video game, why not pour a pint, grab yourself some crisps and rage over losing the match because we all know you likely will (kidding). It’s a very simple game to explain, the developers have in essence taken the beloved sport of footbal and transported it inside, to be enjoyed from the comfort of your own home and might I add, they’ve done this very well. It has good and bad reviews but it’s a fun game to play with anyone you may be stuck in isolation with. Game on!

It’s certainly an unsettling and uncertain time, though for all the gamers (like me) self-isolation might not be a bad thing. Delve into an incredible world of games that you’ll certainly fall in love with and if you’ve played them before, why not enjoy a bit of nostalgia.

Don’t forget to let us know which game is your favourite directly below in the comments! We’d love to know your thoughts.